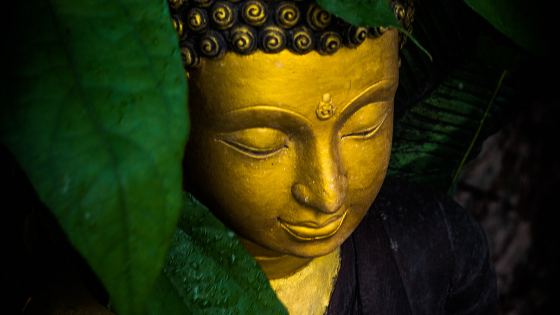 I’ve been practicing massage and energy work for 11 unbelievably fortunate years. It’s been an extremely rewarding and spiritual journey guided by mentors and an education that has taught me the principles and techniques that make my practice what it is today.

I was  introduced to Shiatsu by my first mentor, Wendy, when I was in massage school. She had been a Licensed Massage Therapist for 40 years and also had training by two Japanese women who practiced Shiatsu. At the time I was working in a gym where I sold memberships. It was a divine moment to meet such a veteran LMT while I was still cutting my teeth in the industry. I would often sneak into Wendy’s  dark massage room to learn from her about working with crystals and meridians and the basics of how energy and the body interrelate.

Wendy taught me useful techniques early on, like how to use my body weight while working on massage clients by jumping on the table. She showed me how exploring the stretch of a muscle helped to reach the muscle faster and more deeply.

“Krista, you are being watched,” one of my fellow students said to me the first time I used this technique. I shrugged and kept going. This style of body work has been around 5,000 years longer than massage tables and lotion. 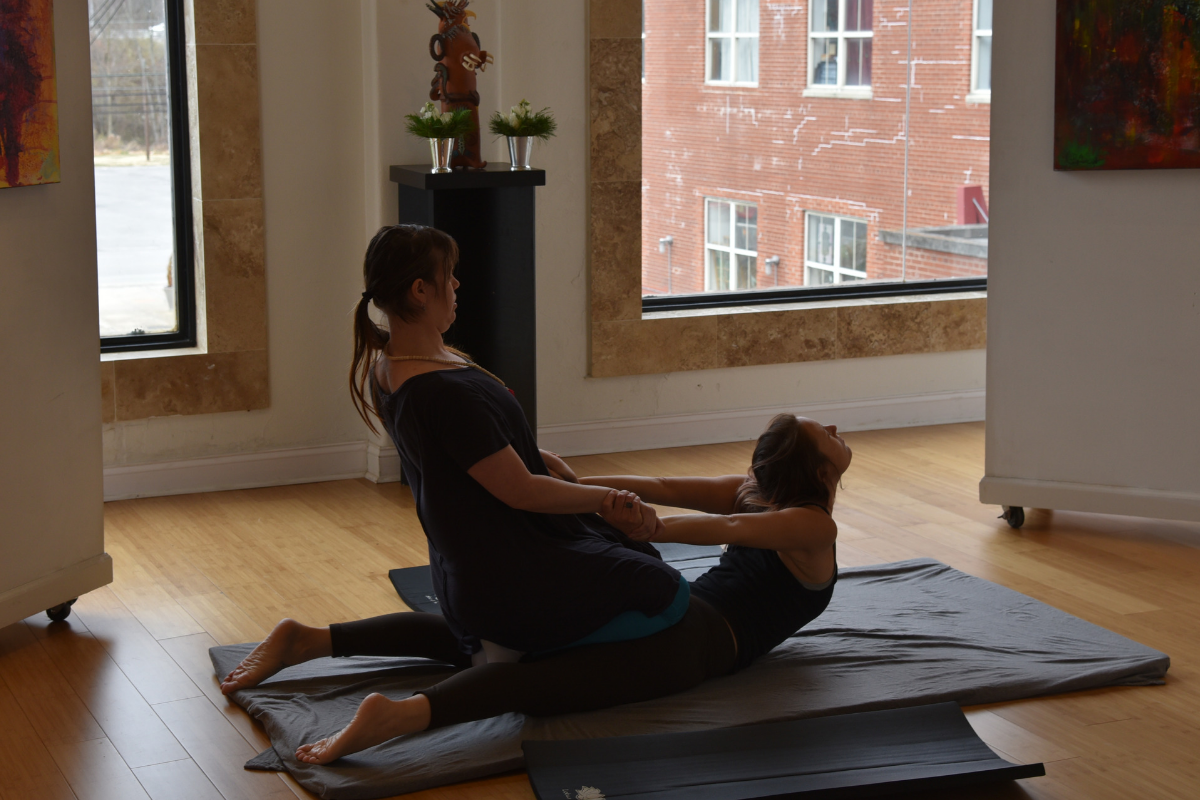 My time with Wendy ran equivalent to my time at massage school. My instructors shot me weird looks when I jumped on the table but left me alone. While my fellow students were using Swedish techniques, which uses lotion, long strokes and squeezing, I was stretching clients, picking up their arms and legs and getting into tissue deeply with my elbows. It was like I was in two schools at once.

After I finished massage school I went into professional practice at a spa in Louisville. My fellow therapists performed Swedish massage and I still did this strange hybrid technique I learned from my mentor. Clients loved it when I’d sit on their hamstrings and walk elbows up their backs. It worked for me.

One of the greatest gifts that developed with my massage technique is a silent nudge of intuition that has guided me through all my trainings and helped me compile this mosaic of a skillset. My technique is a few parts body work and a few parts movement therapy caulked together with energy medicine with a psychic intuition.

This intuitional nudge first led me to learn Thai massage. I had no idea what the heck Thai massage was or that massage could even be done on the floor. I just heard a voice tell me to learn it. So I researched and saw people, clothed on the floor, performing massage. The moves looked similar to what Wendy had taught me so it felt in alignment with my current methods.

Thai massage is one of the original body work practices still utilized today. A myth surrounding it is that it was created by the Buddha’s doctor. The truth is he taught the monks and they performed it on their congregants as an act of loving kindness, or Metta.

Thai massage was a tool to help Buddhism’s mission to end the suffering of all beings in the world. As my control of my intuition deepened, I learned by stepping into a space of love and allowing Metta to flow out of me, I gave my clients a deep sense of ease while I worked on them.

At times while working on my clients, my hands would tingle when I touched them and I started seeing a golden light flow out of my hands. This was what Metta looked like to me. I learned the more silent I was when I worked, the stronger this light would get and also the happier my clients seemed. 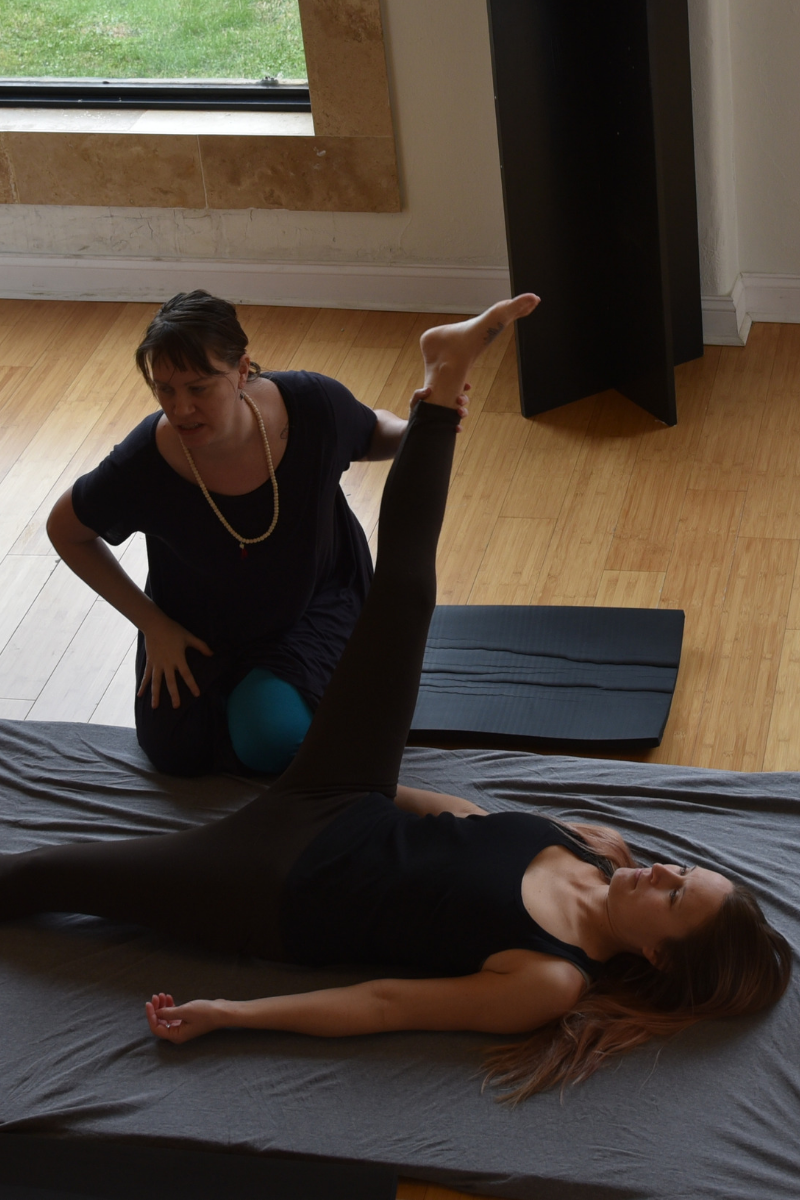 2009 was a big year for me. It was my first Saturn return, which is when deep, unconscious masculine energy rises to the surface to be cleared. The spa job I had was an abusive place, another story for another time about setting boundaries. I was fully booked and over worked for 30 days straight.

During this time, I learned that I took on my clients’ emotions while working on them. My little parlor trick of being able to sense energy had gotten the best of me. This caused me to lose my job and I took the opportunity to start studying more in earnest to get ahold of my abilities as well as see how they related to what these silent little nudges were showing me. I started studying energy work as well as more floor work. I flew to NYC to study under Ohashi, a teacher of my original teacher and a man credited for bringing a lot of Japanese massage to the states. I also studied under Donna Eden, the woman who wrote the only psychic book I knew about called Energy Medicine.

I spent two years flying to NYC and Arizona learning the energetic anatomy and body work that followed an energetic map. There was a very strong correlation to the figure 8, or infinity symbol, in these methods. Everything that Ohashi and Donna taught revolved around it. For Ohashi, it was a pressure delivery system where one moved on the floor and rocked their body in a figure 8 in order to apply pressure to the body without hurting the practitioner. It was more physics.

For Donna, the figure 8 represented perfectly balanced energy. A large part of her teaching involved tracing figure eights in the air in order to balance energies. These teachings were based on the concept of creating habits within the body as well as its energies. By putting these in place, we are asking our energies to recode countless lives and energetic habits to move back to center. The more balance and attention to balance one seeks, the deeper the changes occur. This is also useful to create a shift. Even now, almost a decade later, the figure eight is one of my favorite tools to use. This is because it doesn’t require a lot of concentration and the technique is embedded in the tissue. It’s something that can be done with little concentration. It’s there in deep triggers. It’s there every time one takes a step because the body also moves in a figure eight pattern when walking.

Energy and the body are merely a frequency of vibration. State of mind and physical wellbeing along with connection to spirit are all sides of the same coin. An energetic infrastructure glues them all together. Imbalances in energy resonate out to imbalances in other places as well within this body, mind, spirit paradigm. Metta is a loving kindness moving through a series of channels and structures known as Subtle Energetic Anatomy, also known as chakras, meridians, auric fields and many, many other names. If it’s not flowing this is where disharmony occurs. If a meridian shuts down or becomes stagnant, the flow of energy that feeds the consciousness of the body shuts down as well. Over time, usually years, this can turn into a physical, mental or spiritual disharmony. This energetic map was formed thousands of years ago by yogis, Chinese Taoist and Japanese holy men in periods of intense meditation, practice and oral tradition. They mapped out the body energetically. This was a period before Western scientific thought and reasoning. Bodies and the world were viewed through a different lens than they are now.

Every single bit of subtle energetic anatomy was given body, mind and spirit characteristics. For example, the heart chakra governed the anatomical heart and lungs. It was also the source of emotional love, connection and relationships. It served as one’s ability to relate and connect to others.

If someone had a lot of anger, their chest muscles were likely to be tight. This could create shoulder and neck issues which could be covering up a profound sadness. Energetic anger covers sadness like an armor. Now, I’m not going to sit down to do talk therapy with clients. I work on the energy instead. If someone had a friendly voice and would skip around a lot to different subjects very quickly, I learned that they needed long slow movements to bring them more into a place of calm. My clients started accusing me of being psychic when all I was doing was reading the energy body map Donna and Ohashi had taught me.

I was happy with the information I was learning. My abilities to detect and work with energy continued to grow. Clients kept remarking on how I seemed to know what was going on with them internally. I’d joke and say, “It’s because I’ve worked on your body. I know more about your body now than you do.”